Browse : Home / News / Some Rules Aren't Made To Be Broken

Some Rules Aren't Made To Be Broken

From The MD's Desk

There was a terribly sad story in the news last week about a 27-year-old man from Lincolnshire who had a motorcycle accident in Bali – he needed a 7-hour operation and has spent the past two weeks in hospital. To add to the trauma, the Balinese hospital demanded an up front payment of £12,000 before performing the emergency surgery, and his friends and family are still raising money to pay for his ongoing hospital stay as he is not yet able to fly back to the UK.

Following all the rules – especially when it comes to safety – is essential to avoid your claim becoming invalid. The same is true for most types of insurance. At home in the UK, you wouldn’t drive without a seatbelt, would you? First of all it’s dangerous, and if there is an accident, driving without a seatbelt could affect claims for personal injury – even if it wasn't your fault.

What are the rules?

We don’t all go zipping around on motor bikes when we travel, but rules apply to so many safety scenarios, such as wearing a life jacket on many types of boats, only swimming in designated areas, and not taking a detour onto a prohibited road or walking trail.

Each place you visit, mode of transport and/or activity may have its own safety regulations, and you must make sure these are followed.

There will also be conditions of cover in your policy wording: for general travel, and for various activities. For example, OneStop4: standard policies include cover for riding a motorcycle up to 50cc and our policy wording stipulates that you must wear a helmet, and there’s no racing allowed. If you choose to add level 2, 3 or 4 activity cover for hazardous activities and sports, policy wording notes that cover applies, “Provided that you ensure that the activity is adequately supervised and that appropriate safety equipment (such as protective headwear, life-jackets etc.) are worn at all times.” You’ll see there are special notes for some activities in your policy wording, such as glacier walks which must be part of an organised tour with a qualified guide, 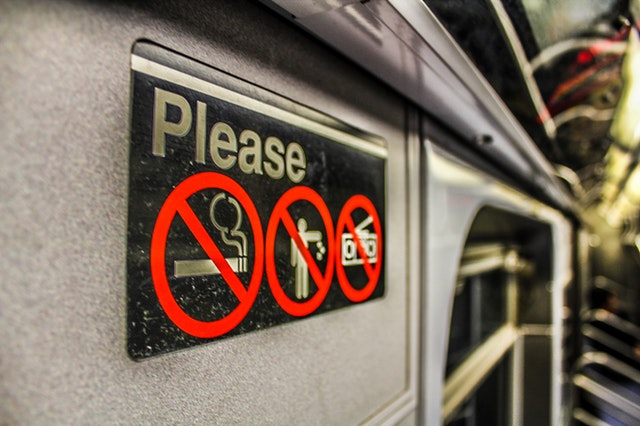 Are there safety or prohibition signs at a destination or activity? Don’t ignore those – no smoking or no swimming may seem like rules that can be “bent” but they really aren’t worth the risk, and they do apply to you!

So please remember – whether you’re on a bicycle, motor bike, scooter or ski-slope, not wearing a crash helmet can leave you exposed to paying your own medical bills, just because you did not take necessary precautions for your own safety.

The same goes for alcohol…

If you are drunk and fall, trip, slip or pass out why should an insurer settle expensive medical costs that you brought on yourself?

A business colleague’s son had a few beers in New York City one afternoon recently and decided to cross a road after leaving the bar. He was hit by a taxi – not badly hurt at all, but was taken to hospital to be checked out. He was there for 4 hours and in that time sobered up enough to convince them he was OK. $4,500 later, even though no treatment was needed, he left the hospital. Now his parents are being hounded (and I really mean hounded) to pay his medical bills. The insurer would not settle the claim because alcohol was involved. If he ever wants to get back into the USA his debts will have to be paid first.

Sticking to the rules doesn’t mean skipping the fun parts of a holiday – it just means being careful and taking care of yourself so you can enjoy even more!