One Number That's Worth Thousands

From The MD's Desk

These statistics were reported earlier this year by the Association of British Insurers (ABI) who also revealed that many claims reach thousands, or tens of thousands of pounds. One couple ended up claiming more than £600,000 after being hit by a drunk driver in the USA.

If you ever need medical treatment while you’re travelling, make sure you know what to do.

Why is it so important to follow the “How to make a claim” instructions in your policy wording?

If you have a travel insurance policy right now, do you have the number for the Emergency Assistance Team in your phone? My money is on the chance you probably don’t.

This is the number for all Onestop4: and International Travel and Healthcare policies.

You might think I’m being somewhat forceful, but I have good reason. Here is why….

Between 4 and 6 of every hundred people reading this will need to call that number in an emergency – when you find yourself in circumstances that mean you need help from your insurer.

- At a time of an emergency abroad in a strange country, the last thing you want to be doing is hunting around for a phone number.

It’s not just for your peace of mind, it’s for far more:

On the other end of the above phone number (if you have a Onestop4, or International Travel and Healthcare policy) are a team of people here in the UK at all times of day and night. They are in your insurer’s premises, they speak many languages and are highly experienced at working with hospitals, treating Dr’s, police, UK Foreign and Commonwealth Office and an array of healthcare practitioners, airlines and air ambulance companies who could be anywhere in the world.

Their No.1 priority is you and your care.

They know that healthcare outside the UK is not the same as the NHS. In some areas of the world it falls a long way short of what we are used to here. Please don’t think just because it may be called a private clinic or hospital that you are in good hands. Standards vary, facilities vary, competence varies and something as basic as the accessibility of what we think of as equipment ‘every hospital should have’ will vary.

A group of 80 idyllic islands, 4 hours flying time from Brisbane, heading due east into the South Pacific – spectacular, unspoilt islands.

This is not somewhere you want to get ill or find you need medical treatment.

Perhaps you would have thought about this, but the same can be said for some of the Caribbean Islands too. Now that might be a surprise, especially if you consider the likes of Barbados and St Lucia as civilised, westernised holiday destinations. Admittedly they are better equipped than the hospital in Vanuatu, but it really depends on what is wrong with you because there are plenty of critical and acute conditions that they can’t cope with. For those you need to get to the USA if a long flight is not a safe option, or back here to the UK, but only if that’s not going to put you in greater risk.

I digress… one thing is for sure, no matter where you are; whoever is treating you will want to know that they will be paid. Depending on where you are and what is wrong with you, that will determine how much your treatment will cost. No-one does anything for nothing. Unfortunately, scams happen and right now there are some terrible scams. Last week I heard of a private ambulance firm in Mexico charging $6,000 for a one-mile journey. The client’s credit card details were handed over and the money taken a week later from his account.

Another recent incident was a $26,000 final bill for a short bout of gastroenteritis in a USA hospital, with one overnight stay, for under 14 hours of care.

Don’t Be Taken For A Ride

In both of the above cases, the people involved hadn’t thought to call their insurer until after the event, after their discharge from hospital.

This started a chain reaction and it’s worth you knowing what that is, so you can avoid it happening to you.

You will have heard of debt collectors. Well, they exist in the healthcare sector too. Healthcare debt collectors are the most aggressive rottweilers of all debt collectors (my apologies to this breed of dog). They are employed by the hospital/ambulance firm to ensure that they get their money.

Many hospitals and ambulance firms have their own debt collecting departments – these too are profit centres for them – because by using them YOUR BILL is likely to double. Don’t be surprised to know that behind the shiny façade of a large, well run hospital/nice clean shiny ambulance, are a not a team of very polite people asking when you will pay them, but a team of absolute horrors who will stop at nothing to ensure they get paid. And I mean nothing.

Everyone is in it for their own financial gain. Never forget that. The debt collectors are very well paid, and their employment on your case will double your bill. $26,000 gastroenteritis, was settled eventually by the insurer directly to the hospital some 6 months later after a lot of negotiation for $12,000. It cost the insurer a further $3,000 to employ cost containment in the USA to go into the hospital many times to negotiate a settlement. The debt collector would still have received a fee from the hospital – probably some $3,000, but that’s a pure guess – even though they didn’t succeed in getting the full $26,000 (had they been successful, then their fee would have been around $14,000).

In the interim 6 months, the client was harassed weekly. It was I am sure stressful but absolutely avoidable.

Avoid It With Travel Insurance

On the other hand, if the hospital/ambulance firm have a Guarantee of Payment from your insurer, they don’t need to employ their debt collectors as they know that they will be paid. You would never even know that these debt collectors exist, because the healthcare providers have the undertaking they need to simply get on, and get you better.

So that one phone number, which I hope is now in your phone, will save you from being exposed, chased and pursued, barred exit from a country, even barred entry from a country in years to come, when you had forgotten all about it.  BUT ONLY IF at the time of your admittance the Insurer is asked to give a Guarantee of Payment, if they don’t know where you are and what is happening to you, they can’t do this. For this reason alone, it’s worth you or someone on your behalf making THAT call.

You should also be aware that in all travel insurance policies is this wording:

"You or someone on your behalf, must contact us if you are admitted to hospital and/or before you incur more than £500 of medical fees."

The danger is that some insurers who are notified ‘later’ than the incurrence of £500 may consider that have been prejudiced because you didn’t advise them. They have grounds on which to NOT settle fees above £500.  £500 can very quickly be incurred, especially if you’re on a cruise ship where healthcare costs are astronomical. 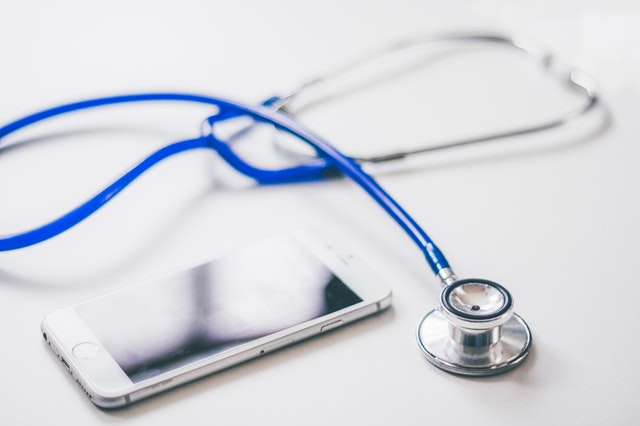 I’m often asked, “if I’m unconscious I can’t make that call, what happens then?”

The insurer must be made aware as soon as possible, either by you or by someone acting on your behalf. Insurers are not unreasonable, if you are involved in an accident they understand you are not likely to be able to make a call.

So, it’s worthwhile making sure it’s not just you who has THAT number, but someone at home or someone you may be travelling with.

You are insured. Use your insurer appropriately because you are what they are there for (and your financial protection).

If you find yourself ill in Vanuatu, make the call, you probably need to get to Brisbane ASAP, and a team of very well qualified people will get you there quickly, into a respected hospital that is expecting you and into the care of a team of competent healthcare professionals who have everything to hand, that they need to get you better.

If you need an ambulance in Mexico (or anywhere else) don’t give your credit card details – instead give your insurer’s number and your policy number.

I wish you only happy and safe travelling.